The Jamaica trip was a much better experience overall than Haiti with the only exception being the pushiness of the vendors. We took a tour of the Green Grotto Caves, which was amazing. There were bats in abundance and the path we followed was guided by a very knowledgable and entertaining man who told us about the history of the caves and their use in the Jamaican version of the Underground Railway, as well as historically in the original civilizations of the island. Jarod was the only one of our group of about 30 people and the only one who did not have to wear a hair net and hard hat because he was short enough to get around the caves without hitting his head on the ceiling. Our tour guide picked up on Jarod’s shirt as an Indiana Jones t-shirt and tried to call upon the brave adventurer to demonstrate how safe the escape route to Runaway Bay was. Jarod didn’t bite, but it was fun to watch the guide tease him. The tour took us down into the mountain quite far, climaxing at a crystal clear underground lake. Upon our return to the main entrance we were treated to some really fine tasting fruit juice made on the island.

From the caves we went to the Dunn’s River Falls and that too was spectacular. The falls themselves are absolutely beautiful and to look at them they appear to be quite fast and strong. Which is intimidating when you’re challenge is to climb them, not on your own but in a chain holding hands with about 20 other people. There is a guide for each group of people and a videographer, and there are multiple groups going up the falls at a time, each following a different path and often criss-crossing each other. You start at the bottom, at the beach, and wind your way up these falls, helping your group mates along the way. Andy did not climb the falls with us, choosing instead to chart our progress along the dry walking route. This was a wise choice on his part and with his back problems it would not have been a good idea for him to try it. As it was, when we first saw the falls from the beach I questioned the wisdom of doing the falls myself with my bad knee, but then I figured I hadn’t been working out at the gym every day for the last six weeks to pass this up. I decided as long as I watched my footing and balanced myself I should be fine. Mom, Jarod, Dan, Jessica and I started it together. After the first leg of the falls Mom figured she’d done enough to satisfy her co-workers and took the first exit to join Andy. After the second leg of the falls Jarod had had enough and was too scared to keep going, so he took the second exit and joined Mom and Andy. Dan, Jessica and I were having a great time, though, and went all the way to the top. We don’t have any pictures to post as our camera is not waterproof so we didn’t bring it, but we do have a copy of the video. I’d rather not talk about how long it took to get the video as that story nearly ruined the whole day. Let’s just say they were using old CPUs and disk drives to make the video DVDs.

Anyway, all in all this was a great day. Dan and the kids and I did not stay in town to do any shopping though because the kids had had enough and Dan had had more than enough of the pushy vendors. I was amazed at his restraint with the lady who wanted to put his hair and beard in corn rows. Mom and Andy stayed in town a little while longer and picked up, I believe, some Jamaican Rum and Irish Cream and a couple t-shirts for the kids before heading back to the boat. Dan and the kids and I went straight back to the ship and played some mini-golf, after which the kids did a little rock climbing. Jarod only got about a quarter of the way up wall, but he was on a pretty tough side. Jessica got an easier line and got nearly three-quarters of the way up. They both did really well, in my opinion. I’m going to be trying the rock climbing on Saturday, if not sooner.

Supper was in the dining room again and was a surf and turf theme. Another amazing meal. Our waiter, Ernesto, is just awesome and really entertaining. I think he gets a real kick out of the kids and likes to show them tricks with flicking spoons into glasses and telling them jokes. Our assistant waitress is really nice too. She just started her first day on this cruise, so it took her a couple days to really get into the swing of her job. She’s doing great though and we appreciate her efforts.

After supper Mom and Andy went to sit on the deck for a while and we went to the arcade. I eventually left the kids and Dan there and went to the casino for a try at some poker. My first hand seemed promising as I landed a flush and won three times what I bet, but in typical fashion it did not take me long to lose the $40 I was playing with.

Anyway, that’s about it for today. It’s late again, but we get to sleep in a little bit before our Pirate Adventure in Grand Cayman tomorrow.

TODAY we went to Ocho Rios in Jamaica. While we were there, we went to the Green Grotto caves… Dunno if I developed a fear of bats or cured a fear of bats, but…. Ya. It was really fun! Then after that we went to the Dunns River Falls. AND I CLIMBED UP THE FALLS! WOOHOO! IT WAS FUN! But then when we tried to get a dvd… UGH. We had to get back to the bus in 15 minutes, took 30 minutes. LUCKILY the bus waited for us. We didn’t get to buy anything there. Then like, 30 minutes ago, I went to the surfing thing… BAH the instructor was kinda crabby. Oh! And you know how you always think of “yeah man” when you think of Jamaicans? Well it’s actually a word in their language! It’s “Yahman” which DOES mean basically Yeah man. Soo ya dats about it bii! 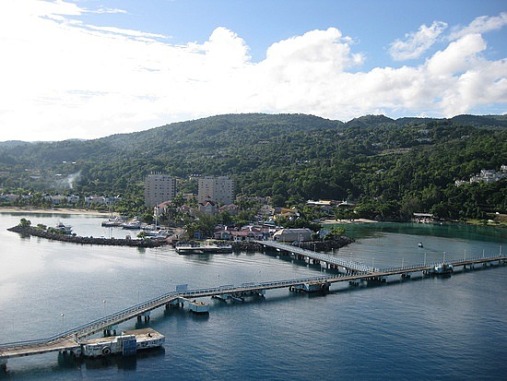 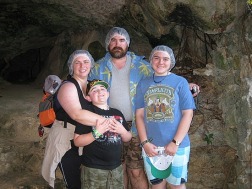 The Family at Green Grotto Caves 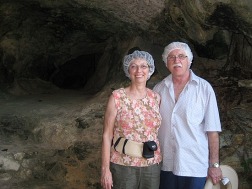 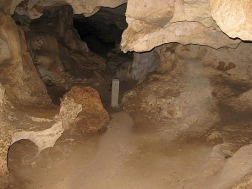 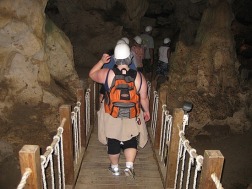 Adelle on a bridge in the caves

Climbing an incline in the caves 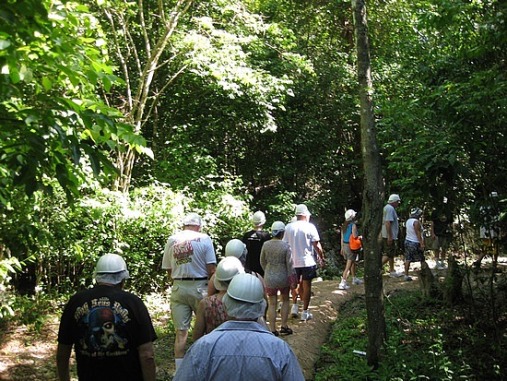 Going back in the caves

Jarod not having to bend over to get in the cave 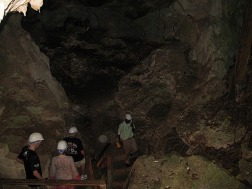 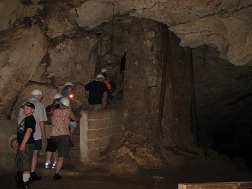 Stairs in the cave 1

Stairs in the cave 2 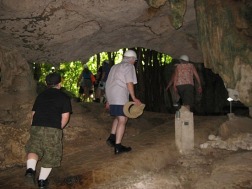 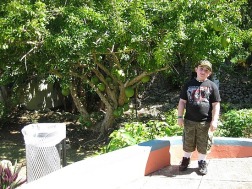 Jarod beside a gourd tree

Our room is in here somewhere 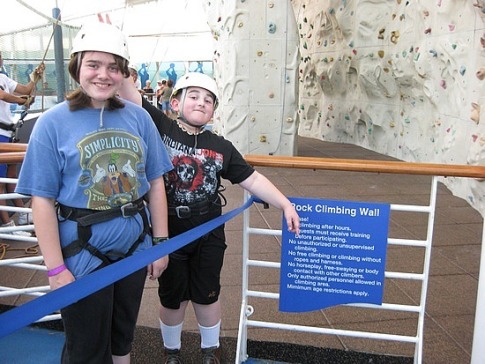 Jess and Jarod getting ready to climb 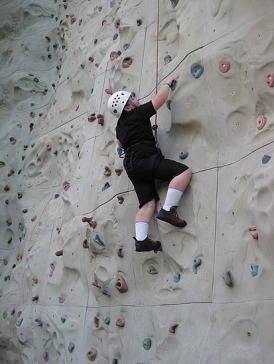