Yes, today was a long travel day of which the first stop was a brief layover at the Dallas-Fort Worth International Airport.

However, the day actually began the night before and consisted of surprisingly little sleep for all three of us. The incredibly dry air kept all three of us on the edge of sleep because we had to keep hydrating ourselves. The night of course did not pass without entertainment. Jessica lived up to her reputation, tried to get out of bed for some water, and promptly fell on her ass. Her drop was so sudden and her response was such that at first Maggie and I thought she was sleepwalking: she sat there, looked around in a daze, and said ‘What happened?!” Turned out her leg was asleep when she tried to stand up so it didn’t support her and didn’t start tingling until she finally did get up again. It was classic. It took us a while to stop giggling.

So after a less than successful night’s sleep we did get to the Calgary International Airport when we planned to, still took an hour and a half to get through customs and security, and barely had time to grab a muffin for breakfast from Timmie’s. The flight was uneventful, but the teasing of Jessica persisted throughout.

Although the girls did not end up getting the cowboy hats they originally intended to get, and there were surprisingly few pointy boots, we did see a very cool looking, Superman’s Fortress of Solitude-esque piece of art, and we ate at TGI Friday’s. Jessica and I both had excellent sirloin steak while Maggie chowed down on potatoe skins and boneless chicken wings. 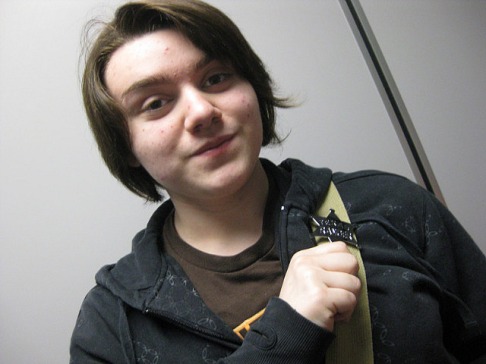