I’m going to write today’s entry in reverse chronological order. Why? Why not?

We ended our day with a wonderful supper at The Deeside Inn Restaurant, before retiring at our splendid room on the third floor of The Gordon Guest House in Ballater. Definitely an improvement over The Covenanter.

We won’t be able to get a tour of Balmoral Castle because the Royal Family is actually in residence there this month. I actually knew that before, but it turns out it may not be entirely unlikely to see various members out and about the area. Even the Queen and the Duke have been spotted driving themselves around. Yes, you read that right. Driving their own vehicles themselves. I’m surprised at how much I want to see that.

Martin, our host at The Gordon Guest House introduced us to our room, the amenities, and the history of the house. The Victorian-era house was built in approximately 1856. It started out as a small hostelry. In the 1940’s it was used as a grocer. At some point the house was occupied by the local bank manager.

And boy, do I know how to pick my locations! When I booked our B&Bs for this trip I aimed for relatively centralized locations for the regions we were visiting. So, I pretty much picked a place on Googlemaps that was roughly no more than a two-hour drive to any corner of the northeast of Scotland, and then searched for B&Bs in that area. Ballater was the resulting community. It’s located in the Royal Deeside area, not terribly far from Balmoral Castle.

Ballater is a beautiful community, similar in feel to Banff, Alberta, as a resort town. What I failed to realize is that it is also well within the lower edge of the highlands, eastward from Aberdeen. Which means the roads were mountain roads, narrower than what we generally see in the Rockies, but still wider (mostly) than most of the roads near the western end of Scotland. The further into the highlands we ventured the more hilly and winding the roads naturally became. The worst part, though, was that the national speed limit of 60 miles per hour (97 kilometres per hour) was maintained the entire way. Not maintained by me, mind you, and certainly not by everyone on those roads, but those crazy people who actually did maintain those ridiculous speeds technically weren’t breaking the law. They were just scaring the shit out of everyone else on the roads.

To be fair, it really wasn’t as stressful a drive as I’m making it out to be, I just didn’t have it in my head what kinds of roads we would be travelling on. It was actually a very beautiful, scenic drive when I didn’t have the pressure of the nutbars on my tail.

We briefly stopped at Aberlemno to view the Pictish stone in the church graveyard, but did not have time to stop at the few more along the sides of the road. 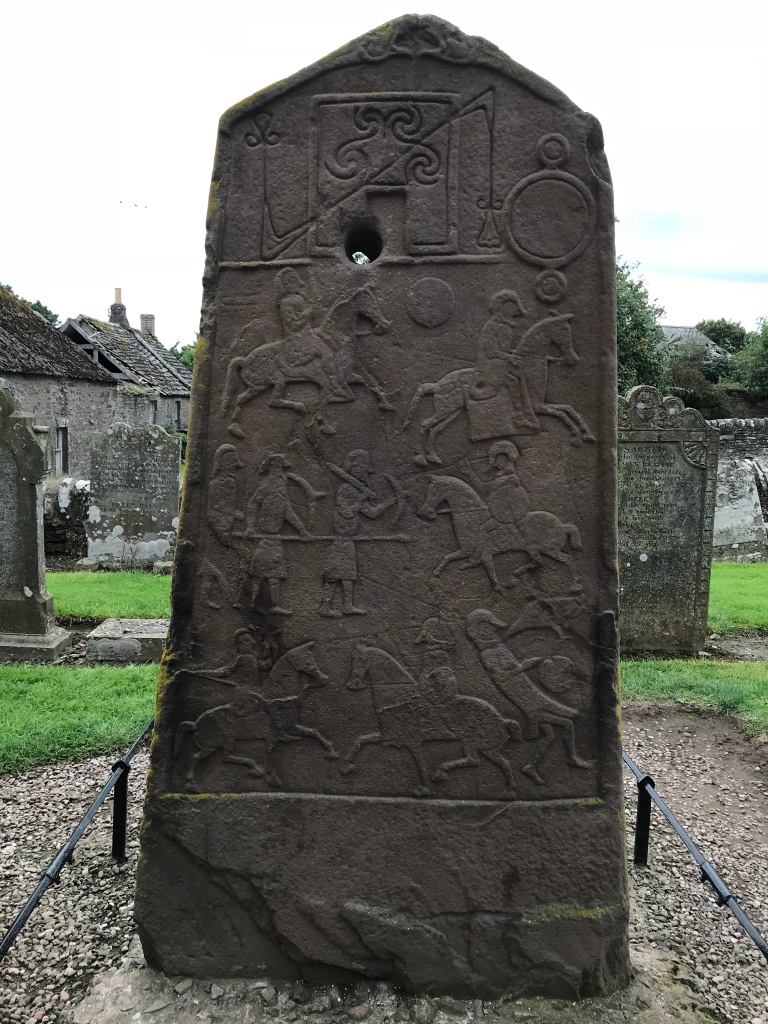 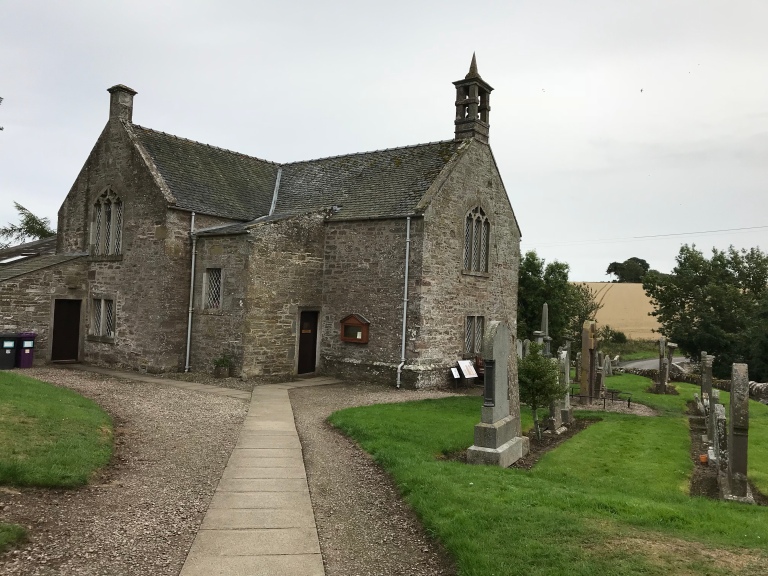 We visited the Meigle Museum of Standing Stones, as well, which was fascinating. The Meigle stones have been housed in the church since sometime in the 1850s by the local lord, who understood their value. The stones all originated from the immediate area, which was a major Pictish community. The stones, including the Aberlemno Stones, are made from sandstone and date back to between 600-800 AD. It was during that period that the Picts were brought into the Christian faith, so the stones depict elements of both their previous beliefs and cultural references and their adopted Christian beliefs. It’s remarkable just how much detail remains clearly visible in the stones today, given their age and the material they are made of.

Scone Palace was absolutely lovely! The historic place where Scottish Kings were made, and where the Stone of Destiny rightfully belongs.

Dan and I are sitting on a replica of the real Stone, in front of the small Abbey. They are both on the original site where the Stone would have resided before King Edward took it to London 700 years ago. Legend has it that for roughly 700 years before that, Pictish and Scottish Kings were declared when they sat on the Stone. Legend also has it that the Stone was moved from Ireland to Scotland in about 840 AD by Kenneth MacAlpin, and it is he who brought it to Scone. The lords of the land would come to the new King there, carrying soil from their own lands to stand upon before the new king and swear fealty. The accumulation of the soil over the centuries resulted in the hill which is there now. 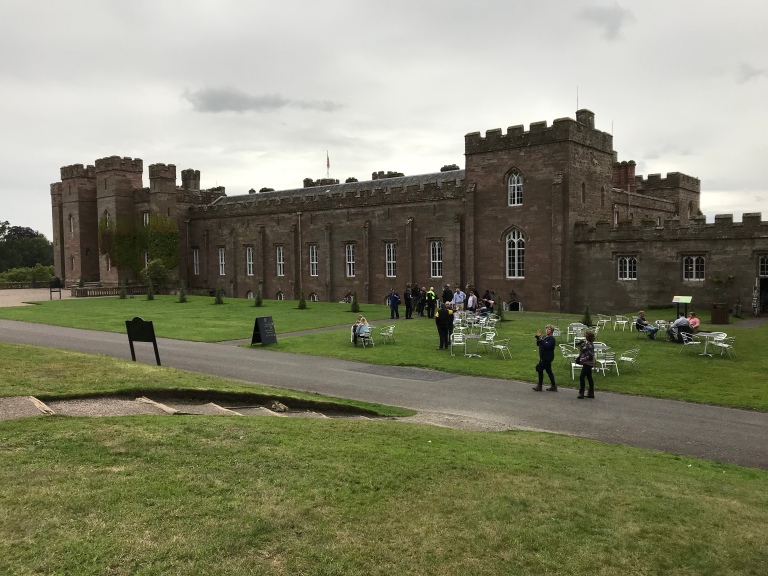 No photographs are allowed to be taken inside the palace itself. It is a beautiful building both inside and out, and contains numerous artefacts that I really, really, really wish I could have taken photographs of! If not taken home with me…

And there were peacocks on the grounds.

The breakfast at The Covenanter was good, the service and professionalism of the staff was excellent, and the rooms and common areas were clean, but I’m not sure I feel comfortable recommending the hotel, at least not for any lengthy stay. There was very little water pressure (almost non-existent at times) in the shower, and I’m not sure about the structural integrity of the floors. The floor in our room was dramatically uneven.