We said our farewells to the lovely Susan and John at Inverglen Guest House in Inverness and headed out on a longer drive today. We broke it up by stopping at the Highland Folk Museum and The Falkirk Wheel.

The museum is an open air museum exhibiting lifestyles of the highland folk from the 1700s to the 1930s. The property is about 1.6 kilometres long, and you start at one end and make your way through time to the other. We visited the 1700s village first, since that was our main reason for coming and stayed within our travel theme. This is where the scenes from Outlander were filmed when they go around with the Mackenzies collecting rent and Dougal shows Jamie’s back to solicit Jacobite support, and where Claire comes upon the women setting dye in the cloth with piss. The village is very cool to walk around, and there are interactive activities and period appropriate villagers to talk to. One villager in particular is adamant that hens be properly identified: “A chicken is what you have on a plate; those are hens. The ducks are just a pain in the arse.”

The Falkirk Wheel is an engineering marvel. It’s a modern boat lift that replaces a series of 11 conventional locks. Check out the photos to get a better idea of what I’m talking about. We didn’t spend much time there, but it is designed with activities and park trails that you could easily make your visit a day trip on its own.

We’re staying tonight at Shieldhill Castle Hotel, which is actually more like a stately manor than a castle because there are no fortifications. There is a tower, and extensions have been added on over time. The core of the building has been standing since the 1190s. Our room is opulent, and called Bonnymuir. All the rooms are named after either a historically significant battle or person. The grounds are beautiful, the dining room serves great food, and the lounges are comfortable. There is a pigeon roost (dovecote or doocot) on the grounds that is purported to be a place that William Wallace met with his chiefs to plan battles. And the cat’s name is Oscar. 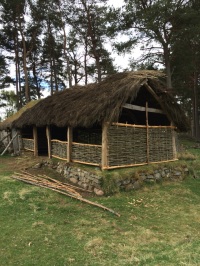 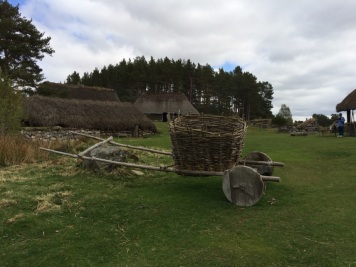 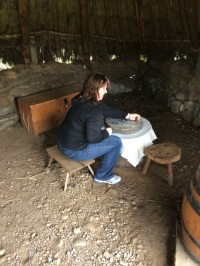 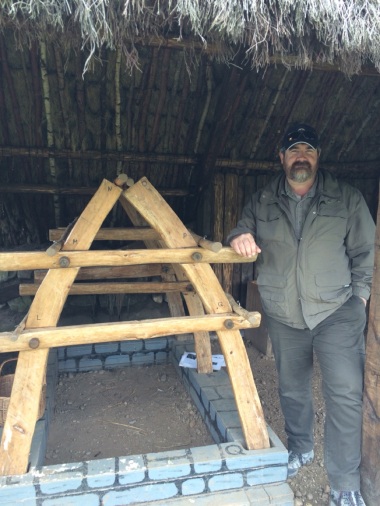 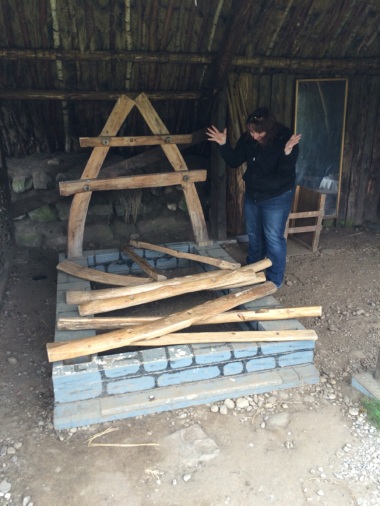 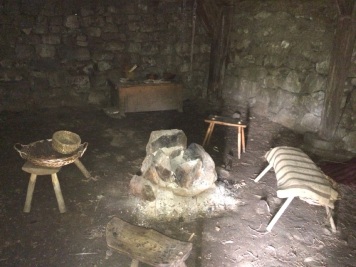 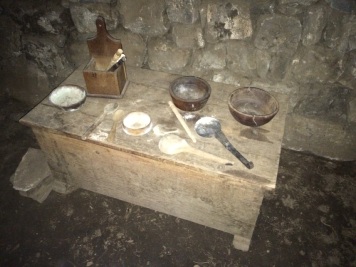 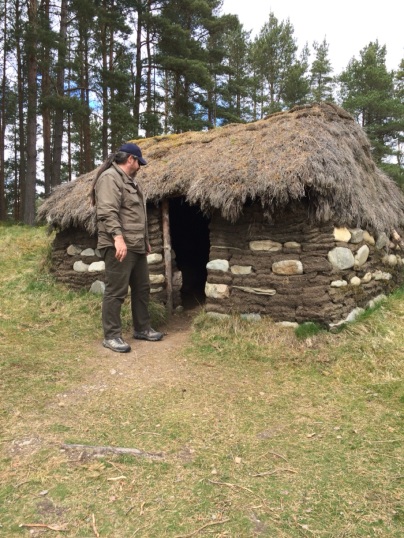 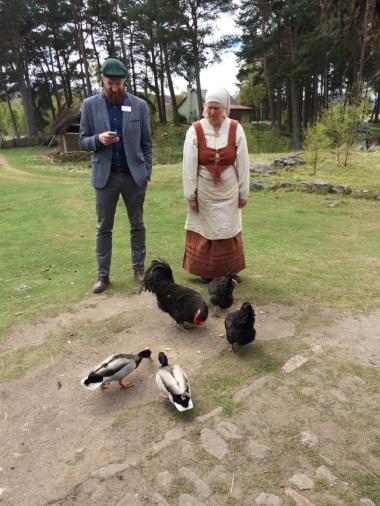 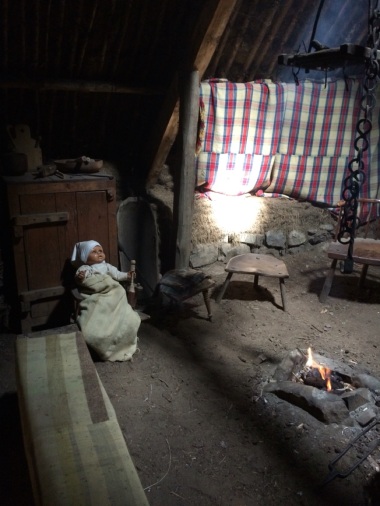 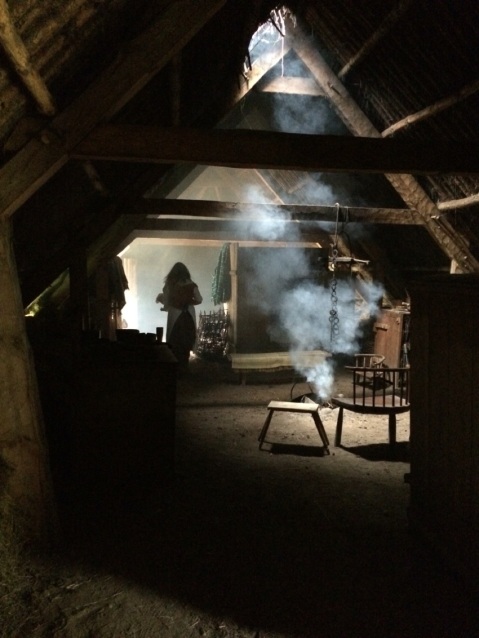 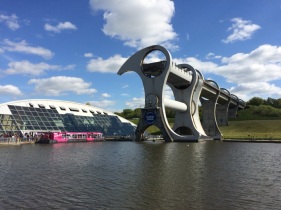 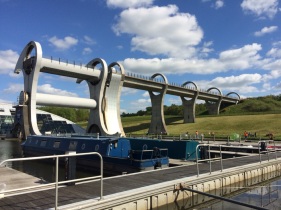 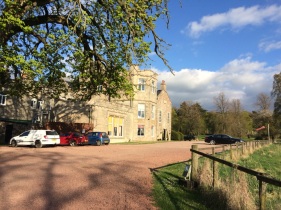 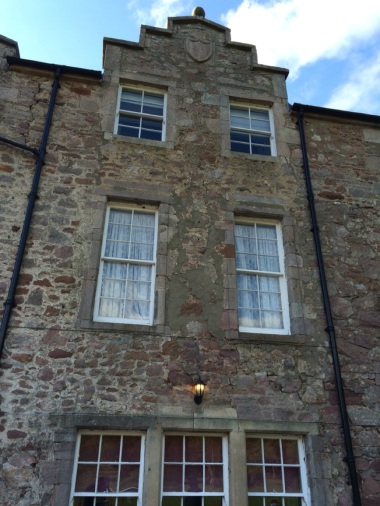 Our Rooms, at the top 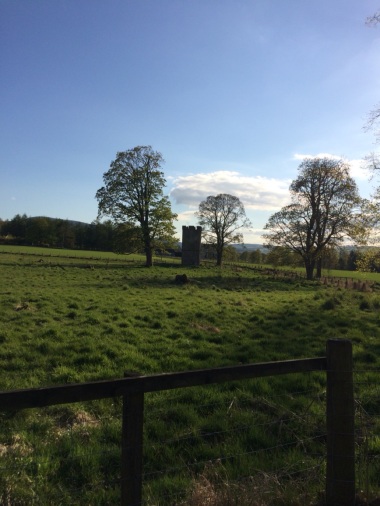