Friday consisted of obtaining autographs from and photo ops with Denise Crosby, Karl Urban, Tony Todd (Kurn/older Jake Sisko), Rene Auberjonois (Odo), Suzie Plakson (Khelyr/Lady Q), Hana Hatae (Molly O’Brien), Robin Curtis (Saavik), Gwynyth Walsh (Betor), Hallie Todd (Lal), Colm Meaney (Miles O’Brien), Nana Visitor (Kira Nerys), Terri Farrell (Jadzia Dax), and Cirroc Lofton (Jake Sisko). All of them were awesome but Rene and Tony were our favourites for the day. Jessica describes Rene as a 70-year-old with the energy of a seven year old; he was fun! And Tony was such a gentleman, a real pleasure to chat with.

Dan came up with the idea to bring a really old picture of Karl for his autograph: as Cupid in Hercules. It’s a great, dorky picture. I loved the idea, just wanting to see Karl’s reaction. I got a great laugh from his assistant, but just a little bit of a narrow-eyed expression from Karl. I think he’d had a late night. I think Jessica got more of a reaction from her photo of Karl in Lord of the Rings.

The DS9 panel had Rene, Nana, Terri, Hana, and Colm. The panel that talked specifically about the DS9 “The Visitor” episode had Cirroc Lofton and Tony Todd; we really enjoyed both panels but the second one was very compelling and it was great to hear how Tony prepared himself to play the older Jake, and how Cirroc was able to spread his wings and really show his range as an actor. Now, however, Cirroc owns and operates a restaurant not too far from LAX called Sara’s. Jess and I wish we had know that before we went to LA…

The last panel of the day was the favourite guests panel with Suzie, Gwyneth, Hana, Hallie, and  Jerry Hardin (Mark Twain). Yet another fun panel, with Suzie being very chatty. She told wonderful stories, largely having nothing to do with questions posed to her. I managed to screw up enough courage to ask Hallie a question and not sound like an idiot doing it.

We were looking forward to an early night thinking we might get an episode of DS9 in before bed. Yeah, that didn’t happen. This was the first night for the Gold level autograph session, for which we stayed to get Rene’s, Suzie’s, Gwyneth’s, Hallie’s, Hana’s, and Robin’s autographs. We thought having Gold priority meant the autograph lines would be faster, and they probably were faster than waiting as long as the general admission ticket holders had to, but it still took almost two hours to get all the signatures. That’s bad enough, but can you imagine for the actors who had to stay for everyone? Regardless, it was worth it to get Rene to sign our M.A.S.H. DVD, to get to chat briefly with Suzie and express my appreciation of her portrayal of Mrs. Ericson on HIMYM, and to get Hallie Todd to sign our Lizzie Maguire Movie DVD.

By the time we were done the only place left open for supper was the Sports Deli, but the pizza they made for us was really good! And they warmed up the giant chocolate chip cookie for dessert too 🙂 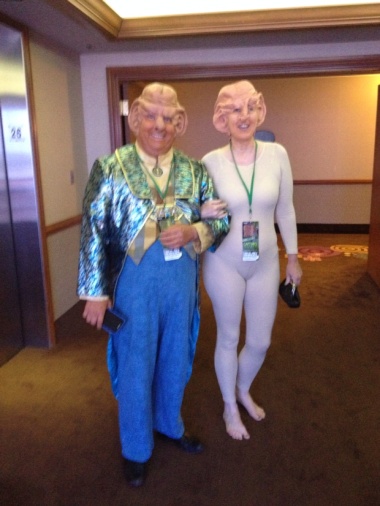 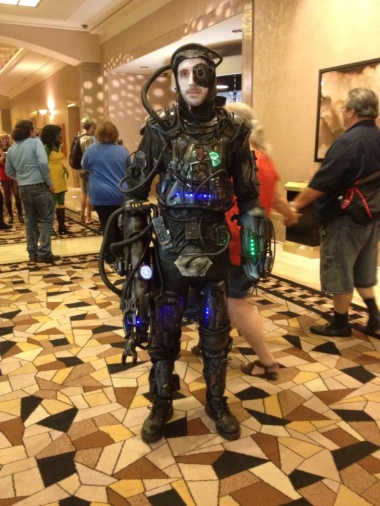 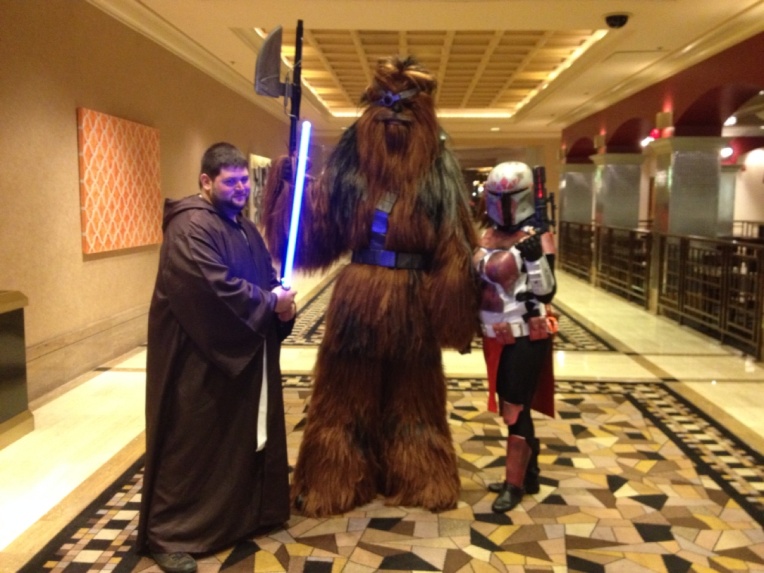 I rated this place 4/5 – Perfect for convention attendees
Clean, comfortable, convenient to the convention we were there for. All amenities available on site, although the restaurants didn’t stay open terribly late which was inconvenient on occasion. Wifi available in the rooms but for a somewhat exhorbitant fee of $13.99 per 24-hour period. We would stay again if attending a convention there, but not for general tourism purposes.